Africaday 2016 dedicated to the relationship between Europe and Africa

Africaday 2016 is coming up! This year, we will highlight the relationship between Europe and Africa through over forty workshops, debates, speeches, literature, films and more. But even within Africa, countries are extensively working together. How is this different or similar compared to the European Union? The relationship between the EU and Africa has also been changing during recent years. What are the implications of this changing relationship? This and more will be discussed at the Royal Tropical Institute (KIT) on Saturday the 5th of November. 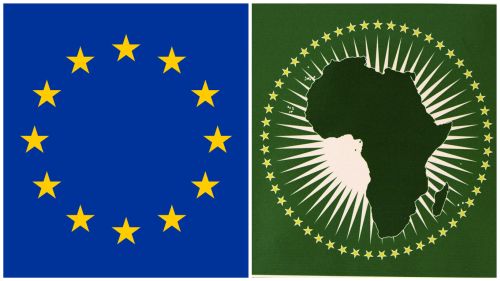 In Africa, there are many international, African organisations, of which the African Union (AU) is the best known. The AU was established in Durban in 2002, and it currently has 54 member states. In addition to the AU, there are also many regional partnerships, such as the Economic Community of West African State, and the East African Community (EAC). The EAC is an African partnership in the Great Lakes region. At present, it is one of the fastest growing economic regions in the world. Their goal is to create the East African Monetary Union, and ultimately an East African Federation. Sometimes, the EU applies as a blueprint for these partnerships. The AU is modelled on the EU's ideals. But to what extent can the EU be seen as a blueprint for African cooperation? What can we learn from each other? And in what way can we cooperate?

Relationship between the EU and Africa

The relationship between the EU and Africa is changing. While in the past, the relationship was mainly defined by development aid, now there is a much more equal partnership. In 2000 the Cotonou Agreement was concluded, which governs the relations of the EU with 79 countries, including 48 African ones. The main objective of the Agreement is to reduce poverty, and to contribute to a gradual integration of these countries into the world economy.

In addition to this, there is an increase of political cooperation and trade relations between the EU and African countries. For example, every three years, there is an EU-Africa summit, where the future of EU-Africa relations is discussed, and where the ties between the two continents are further strengthened. The EU also has Economic Partnership Agreements (EPAs) with African countries. These EPAs should result in a common commercial and development partnership.

Do you want to know more about the relationship between Europe and Africa? Come to the Africaday at KIT in Amsterdam, on Saturday the 5th of November! Besides the many workshops, debates and speeches on international solidarity, trade and politics between the Netherlands, Europe and Africa, there is also an extensive cultural program with music, films and literature. Still not tired after this inspiring day, then come to Desmet Studio’s for the fifth edition of "Africa at Night", the afterparty of the Africaday. On the 3rd of October ,the programme will be live, and the ticket sales will also start then!