Corona and the Continent: What Might Happen in Africa?

That the coronavirus pandemic affects everyone is becoming more and more visible every day. Most of us in the Netherlands are now working from home, filling our spare time with creative indoor alternatives to going out as events, like the Afrikadag, have been cancelled. Despite disrupting the daily lives of people all around the world, the coronavirus, or COVID-19, is feared to affect countries with weaker health systems and economies more drastically than others, including those in Africa. 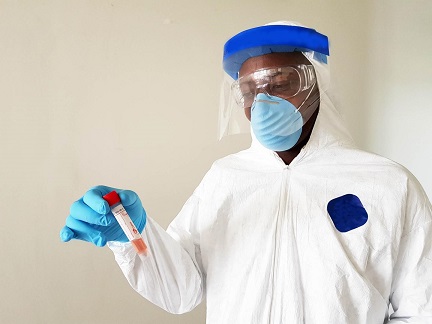 Rapid Responses
Governments across the African continent are already rushing to prevent the spread of the virus in the early phases of its COVID-19 crisis. Such sweeping action follows the advice of Tedros Ghebreyesus, the Ethiopian director-general of the World Health Organisation (WHO), who insists that ‘the best advice for Africa is to prepare for the worst and prepare today’. And so schools were closed in Nigeria’s capital after only 8 cases were confirmed nationwide, South Africa quickly opened drive-through testing centres in its most populous city, and the Zimbabwean government had declared a ‘national crisis’ over the coronavirus whilst having no confirmed cases at the time.

Some suggest that these rapid responses are a result of the extensive experience many African countries have in controlling highly infectious diseases, like Ebola, which killed more than 11,000 people in West Africa between 2014 and 2016. Such experience is clear not only because of how quickly measures are taken to prevent the spread of the virus but also because of the fact that some nations are more practically prepared. Uganda, for example, is one of those countries which, because of preparations for an outbreak of Ebola, has already stockpiled protective equipment and tents, and has equally been increasing connectedness to a central laboratory through mobile testing laboratories.

Fragile Health Systems
What’s more, because of the delayed arrival of COVID-19 to Africa, governments have had more time to work with the WHO to ‘strengthen emergency coordination, improve surveillance, and begin equipping treatment centres’. Nevertheless, there is few doubt that little can truly prepare the continent for the consequences that the coronavirus may bring if it starts to really take hold, with especially health care systems feared to quickly become overwhelmed.

Indeed, different health experts point out that the previously mentioned focus on prevention in Africa stems from deep worries over the insufficient capacity and resources to deal with a large outbreak, especially when different countries already face huge challenges from conflict and natural disasters. While Italy struggles with 41 doctors per 10,000 people, different African states would be lucky to have 2 doctors for 10,000 people in its biggest cities,. South Africa, believed to have one of the continent’s best public health systems, has less than 1000 intensive care unit (ICU) beds for its population of 56 million. 160 of these beds are notably in the private sector. Public hospitals in Malawi, on the other hand, can only provide 25 ICU beds to its 17 million people.

Informal Economies and Settlements
Other worries around African countries’ unequal vulnerability concern the existence of big informal economies as well as large urban crowding. James, a resident of Kibera, a township in Nairobi, Kenya, also states the difficulty of following hygiene procedures and social distancing: “Many people here are cramped together in small spaces. A lack of water is the norm, so washing hands is another issue”. The same goes for refugee camps across Africa, where, if there’s a case, the spread of the virus is believed to be impossible to contain.

“Also”, James continues, “people here live hand-to-mouth, they have to go to work regardless of what symptoms they are showing”. This shows the practical impossibility of following nationwide or citywide lockdowns. It thus remains to be seen how South Africa’s recently announced lockdown will manifest itself, but one thing is certain; it cannot be upheld in the same way as it has been in those Asian and European countries which ordered lockdowns previously. Simply, put, in informal economies, those who can’t go out, won’t be able to put food on the table.

‘We’ll get through this’
People in these communities are also more likely to already be battling other diseases such as malaria, cholera and HIV, their lower immune systems thereby making them more vulnerable to COVID-19. African health officials are therefore afraid of hospitals only being able to deal with a fraction of those needing care if the virus spreads through the continent’s densely populated cities, outlying villages and amongst marginalised populations such as the malnourished, refugees and those suffering from HIV and other health conditions.

Nonetheless, there is equal notice of the continent’s resilience. ‘We’ll get through this’ claims a store owner in Monrovia, Liberia, a city ravaged by Ebola some six years ago. Karen Hofman, professor of public health at the University of Witwatersrand in Johannesburg, seconds this by saying South Africans, like other Africans, are accustomed to adversity: ‘So possibly we will handle this a little bit better’.