Towards the EU-Africa Summit

Last December, President Macron spoke of establishing a "fair system of peace and prosperity" at the upcoming EU-Africa Summit in Brussels on February 17 and 18. Now that France holds the EU presidency, and Macron will therefore host this sixth summit, he can start to make real progress on this ambition. According to the African Union (AU), this is an important moment for creating a long-term cooperation that represents more than just a donor-and-recipient relationship. 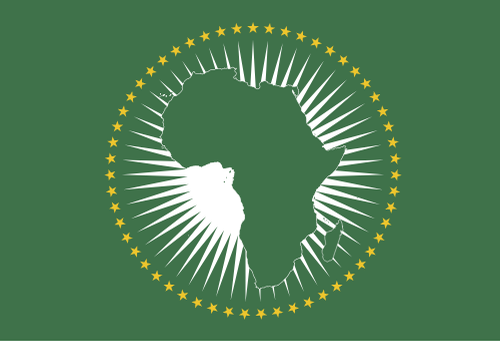 The sixth edition was originally scheduled to take place in October 2020, but, like many other events, this summit did not prove to be immune to the covid-pandemic either; it was first rescheduled for spring 2021 only to be postponed again until fall 2021. Again, the new dates turned out unfeasible. It is only this week, in February 2022, that the summit finally appears to be actually happening. While in recent years many events have been organized in modified format online, Charles Michel, the President of the European Council, strongly believed in the importance of having everyone in the same room together. Therefore, in 2020, an attempt was made to still make the summit a physical one. However, the AU quickly ruled this out. For the many elderly African heads of state, a summit in this form would entail too many health risks. With the current developments of the covid-pandemic, these risks now seem manageable and the summit can go through this week.

Climate and vaccinations are crucial topics

Several important topics will be addressed during the meeting. These include growth financing, agriculture and sustainable development, peace and security, and of course climate change. Although this last topic has been an urgent one for years now, at the last edition in 2017 it was not yet included among the four key areas in the adoption of a joint declaration. It is therefore important that this will be discussed in detail this summit. During the S&D Group's Africa Week last week, there was already extensive talk on how Africa is experiencing disproportionate negative impacts from the climate crisis. The responsibilities of European countries in combating the problem were pointed out, in order to be able to relieve the African continent as well.

This is also addressed in our study “Climate justice: African perspectives & EU policies”. Europe must take its responsibility to tackle the climate problems and by doing so also spare the African continent as much as possible from irreversible consequences. It is of great importance that those who are most affected by climate change have a say in the possible solutions and a say in where possible investments take place. The summit will discuss an investment package to help with this, and will also look at African initiatives that can contribute to solutions. The Great Green Wall is a good example of this; this is an African-led movement that aims to grow 'natural wonder' across the entire length of the continent. Allowing African businesses to be part of climate solutions themselves will not only combat the crisis, but will also be a step towards more equal cooperation.

This same investment package should also help combat the current health crisis in Africa. Figures from the World Health Organization show that in most African countries less than 20% of the population has received a corona vaccine. Although commitments have already been made by the EU to support countries with vaccination campaigns, so far this remains a commitment in words only. Emily Wigens, director of ONE Campaign, states that the EU is a long way from meeting the donation target. As long as the doses are not actually delivered, it will remain an empty promise. Wigens expects that the EU leaders will be having a hard time when they have to explain this to their African partners during the summit.

The summit between the two continents usually takes place every three years, with the first one taking place in 2001. At the very first edition, the Cairo Declaration was adopted; a strategic cooperation between Africa and Europe, with the spirit of equality, respect, alliance and cooperation. At the same summit the Africa-EU Partnership was also formed; a formal political channel through which the two could work together from then on.

More often than not, the summits have led to interesting and promising ambitions. For example, during the second edition, the Joint Africa-EU Strategy was adopted, an official document establishing shared principles. “This partnership and its further development will be guided by the fundamental principles of the unity of Africa, interdependence between Africa and Europe, ownership and joint responsibility, and respect for human rights, democratic principles and the rule of law, as well as the right to development.” This year again the expectation and hope is that the meeting will lead to ambitious plans. A joint vision for the year 2030 will likely be adopted.

For such a vision to be truly representative, it is important that not only heads of state but other stakeholders are involved as well, including the most vulnerable. Civil society organizations in Africa, particularly local organizations, are often not given a sufficient role in such conversations, while they are voicing important and unheard voices. To ensure an inclusive future, it is crucial that these actors are also given a decent place in the discussions. This is the only way to ensure that the desired positive effects of European policies trickle down to all parts of society.